Austere Dalek God has issued a decree to his followers insisting upon the death of all non-Dalek life. 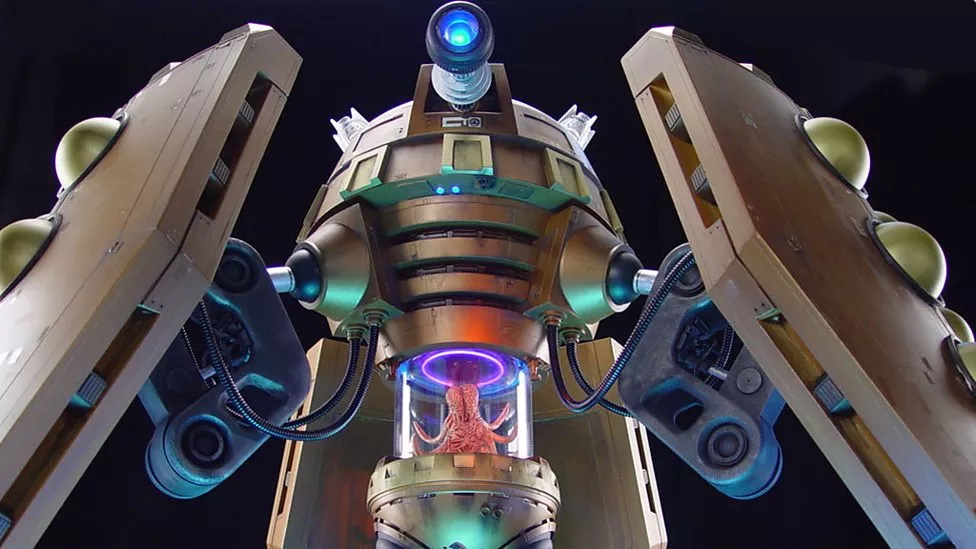 Following a series of seemingly random exterminations, the austere Dalek God has issued a decree to his followers insisting upon the death of all non-Dalek life.

Broadcasting from his opulent hub of galactic conquest at the end of the universe, the God Of All Daleks decreed: “Inferior life-forms have no place in a Dalek universe. Only Daleks are strong enough to rule. From this point on, all life that offends your creator shall be vanquished.”

“My children, you have the weapons of war required to extinguish all other life. Go forth, put the pathetic creatures out of their misery, and elevate Dalek-kind to the ultimate stage of universal evolution.”

Observers have spotted a pattern of retribution in recent exterminations, although it was believed the targets were of special interest to the Daleks. The order to commit genocide comes at a point when it was believed Daleks were becoming more receptive to moderate purposes, such as using planets as spaceships and picking on effeminate blond men.

When questioned about the apparent limit of just three remaining Daleks, the Dalek God responded: “Start with the French.”