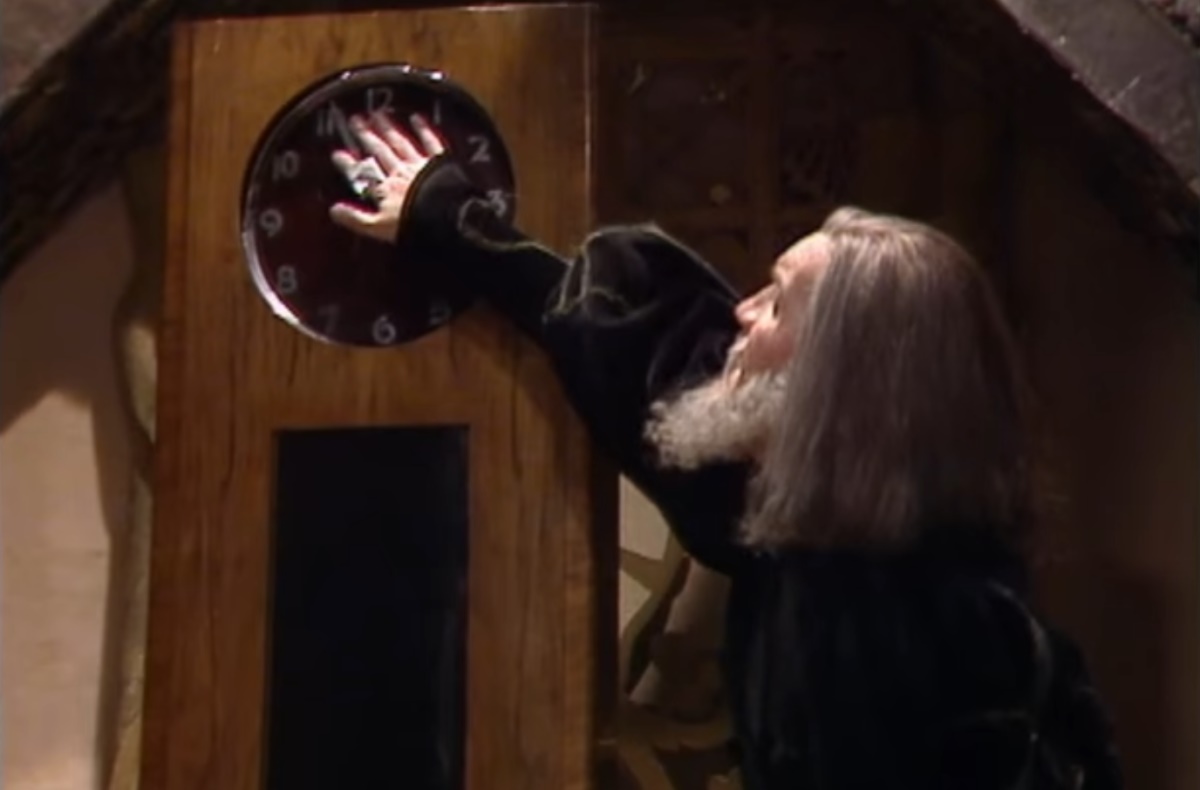 Nyssa of Traken has recalled the last time she saw her father on this arbitrary annivesary of his vanishing from the consul quarters.

“He told me there was a new clock he was interested in,” Nyssa told us, “and he absolutely had to go and see it. He said it was very large, a really impressive piece of polished wood, and the top seemed sticky.”

“It was a surprise as he’d never shown any particular interest in timepieces before, big clocks or small.” After a moment, she added: “Although we have just lost my step-mother in quite unusual circumstances.”

“Anyway, Father said I should go on without him, but when I went to check his room, there was no sign of him or the big sticky clock he’d seemed so interested in.”

Rumours her father now rides around the galaxy on a big sticky clock and calling himself “Master” have been vociferously denied.

Tue Aug 17 , 2021
Following the shock withdrawal of Earth and Draconian forces from the Dalek home planet of Skaro, the newly reinstated Emperor Dalek has offered a tentacle of friendship. Confirming Thals “will have rights” on the new Skaro, the Emperor emphasized his willingness to work with other groups. Recognizing that Earth and […]